When we last met, I was heading through the rain on a bus down from Vigo on the Spain-Portugal border.

Portugal, land of charred octopus, grandiose rock beaches and abandoned houses. Spain’s smaller cohabitant of the Iberian peninsula offers a lot in a small stretch of land, and I intended to see as much of it as possible in my two-week stint starting from top to bottom. I started off in Braga, a town I am not sure many of you may know about. The rains and Licor de Cafe sweats of Galicia have passed me by, and it was time to welcome the sun and dehydration of arid Portugal. Braga is a small town and the gateway to the Gerês National Park, with not much more to offer the visitor aside from a quiet atmosphere and a cute stroll through the downtown. However, this was the perfect place for me to start my Portuguese journey, as the rest of the trip would be marred with pasty Northerners in nearly every corner of the country. 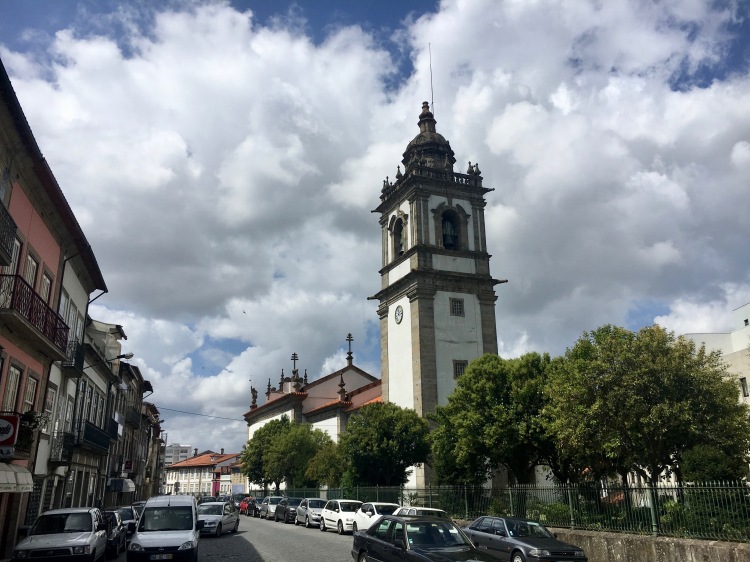 Like the rest of Portugal, Braga seems to be a bit nostalgic for the days of Empire and colonial riches. Braga is crumbling a bit, but there is a lot of charm to be found in the city. A nights wander was enough for me, with a stop in a local park for a bit of live Fado music. At some point, I stumble into an ‘edgy’ bar. The type with white mannequin bodies lying around and strobey red lights to invoke a seizure-induced hallucination. I stand at the bar and drink a small beer, scribbling in my book as a loud Australian shouted at his companion, someone who seems to regret coming out from the hostel with this brash man from down under.

“There’s whiskey drinks I liiiike, but I mean straight I can’t do. I feel like that’s not a very fashionable thing to do, you know what mean?”

His companion nodded, uninterested and growing more fond with the idea of faking food poisoning to go back home. The Aussie turned his attention off drinks and towards me, the tall long-haired man doodling in a book at the bar.

“Hey, you think that must be the DJ, ya? Like, he’s come in to just grab a drink before his set innit?”

“Nah, I dunno, he looks a bit too Eastern European…”

Meanwhile, an aging couple sits together with the kind of smiles that come after years of tears, inside jokes, and scars that have hardened with care. Their faces have wrinkled and hairs have greyed yet the soft strength that they grasp hands from across the tabletop has remained unchanged. They are beautiful, not just in a silver foxey kind of way George Clooney kind of way, but also emotionally.  She begins to tell a tale, on which he holds his attention by picking apart and examining each minute flick of her tongue upon crispy syllables.

Next door, the lonely Australian still rambles at his uninterested colleague, who still wishes he were in his bunk bed scrolling through Instagram in silence. I leave these juxtaposed tables back to the street, in search of some back alley gritty bar from which I can purchase any brown inebriating liquid while the walls melt into the moldy pit on which the bar sits.

All I can find are shining discotecas and beautiful Portuguese people enjoying their friends and their plates of ham and cheese. Portugal, as I shall begin to learn, is not a country for the solo evening goer.

The next morning I was off early to the Gerês National Park, tucked away in the hills near the Spanish border. The bus, only around 4 Euros, went up and up through fragrant Eucalyptus covered hills that got progressively bigger as we ventured on. It would be rude to my native Rocky Mountains to consider the Gerês Park as mountainous, but it’s pretty darn close with craggy rock covered peaks, pine forests, and a colony of Iberian Lynx roaming for voles.

A Portuguese couchsurfer told me that “Portuguese are like sheep, they all vacation at the same place at the same time.” This was entirely the case, as a quarter of the Portuguese population seemed to be packed into the hills and lakes of Gerês park. However, I was happy. At least they were local tourists, and they gave a nice flavor to the cute hillside town of Gerês. I stayed in a cheap little inn, nicely called “Grandma’s House”, where a wonderful woman with dangling neck flaps made me feel as if I were visiting family deep in the forests of Northern Virginia.

While I was traveling alone on this leg of the journey, I felt remarkably happy in my solitude in Gerês. Being alone in nature has never made me feel completely alone. Rather, being surrounded constantly by people plugged up in headphones and starring at flashing screens makes me feel more ostracized than being lost deep in a Lynx filled forest.

Gerês is an excellent off the beaten path Portuguese destination, even though it’s filled with Portuguese tourists. The area is famous for mineral baths and tap water with gimmicky life-altering backstories. For me, it meant getting lost deep in the woods. I took a completely wrong turn climbing up and up the nearest mountain and ended up on top of a high cliff. At this point, the point when I said to myself “This is how every ‘American man lost in the forest’ story begins,” that I took out my phone and resorted to my GPS. The views from that cliff were stunning though.

I have written in my journal “Couple popping each other’s pimples”, but I don’t even want to try to relive that memory to recount it to you, because I’ve thankfully forgotten it. Deal with it.

I spent several wonderful nights up in the mountains, breathing fresh air and enjoying being surrounded by trees rather than people. But the rat has to return to the city, and I was soon on a bus towards Porto.

Porto has long been on my list, having had a roommate from Porto and heard so many rumors of the seaside city of faded glamor. And yes indeed, it was a beautiful city to experience.

I must admit, my first day was rather lackluster. If traveling to Porto, avoid summers. That’s the peak, and peak season in a hot city with hills higher than San Francisco’s make for a crank. 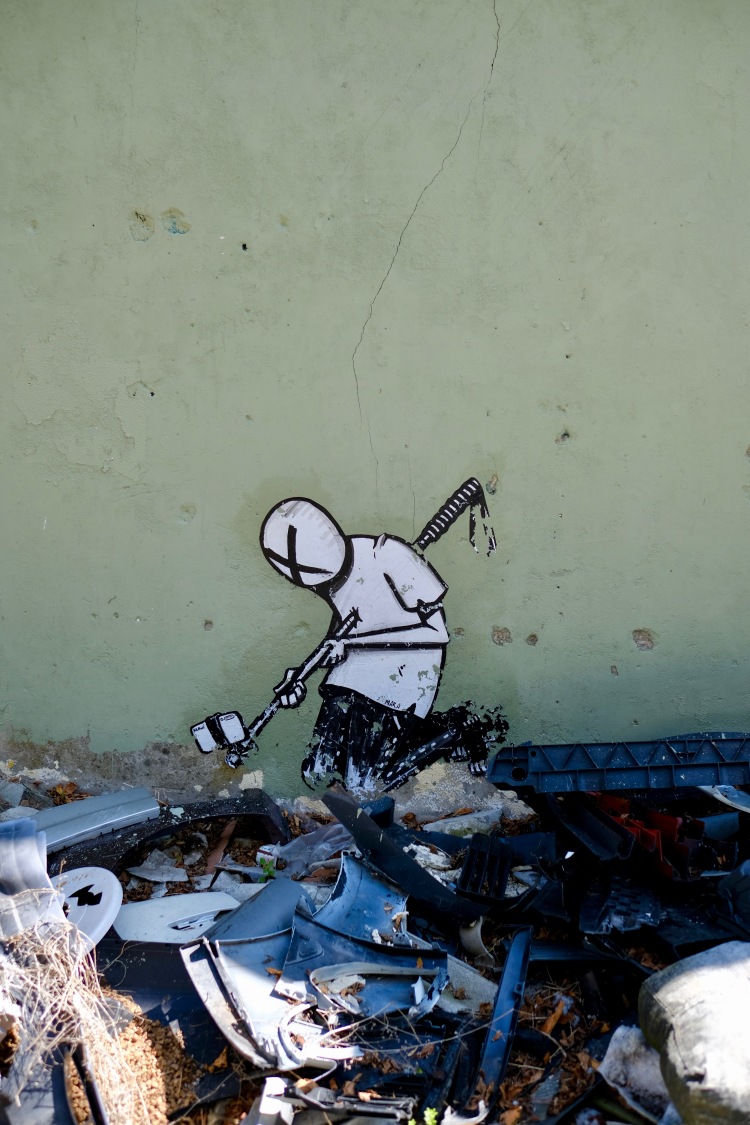 But lucky for me, I met a wonderful German traveler in the hostel who became my Porto travel buddy. Together with two of her friends, we trudged into the underbelly of Porto. For a city of such rich history, Porto has an incredible amount of abandoned buildings. You can get whatever you want out here, it’s an all-out city garbage sale. Porto is just a giant flash sale.

We got high quality used TV’s! Real talk, the abandoned stuff is equal parts depressing and fascinating. There are little campfires strewn about, showing that drug-ridden or desperate life has, at one time or another, camped out on these grassy fields that once held many lives. People have seen better here.

This can be seen in the many washing stations around the city. These cisterns used to operate as washing basins for laundry, but now they just sit and collect algae in their ever-flowing cleansing streams.

As soon as I arrived, I felt that I had to head out of Porto and into my next Portuguese experience. Where could it be? I don’t know, keep reading kiddo and find out about the next adventure.