Orange dunes roll like a never-ending ocean of sand. We have woken on the border of Erg Chebbi, a great sea of Ochre on the Algerian border were dust rules and camels graze on whatever can be found. 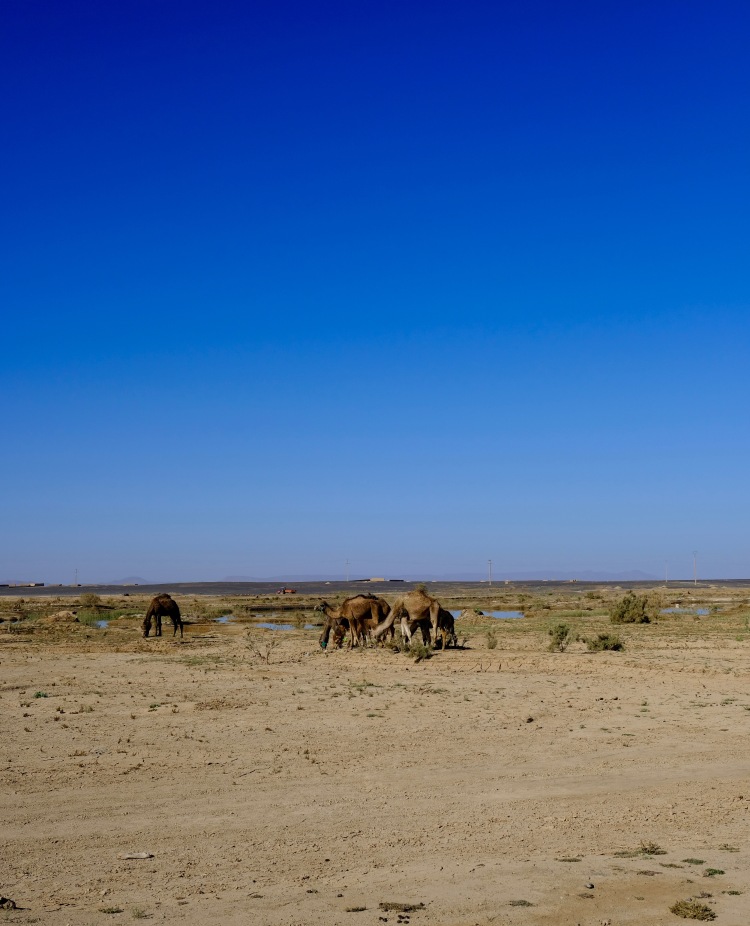 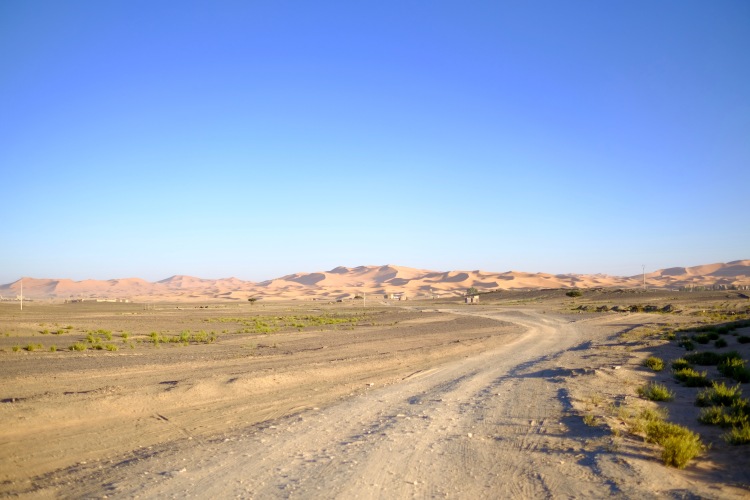 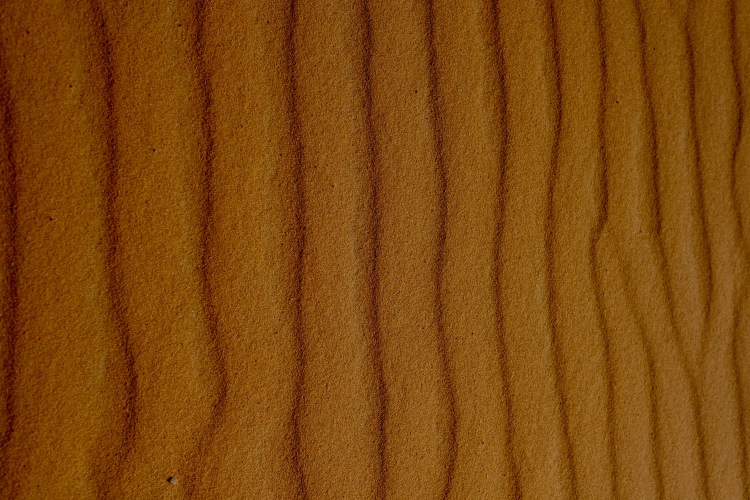 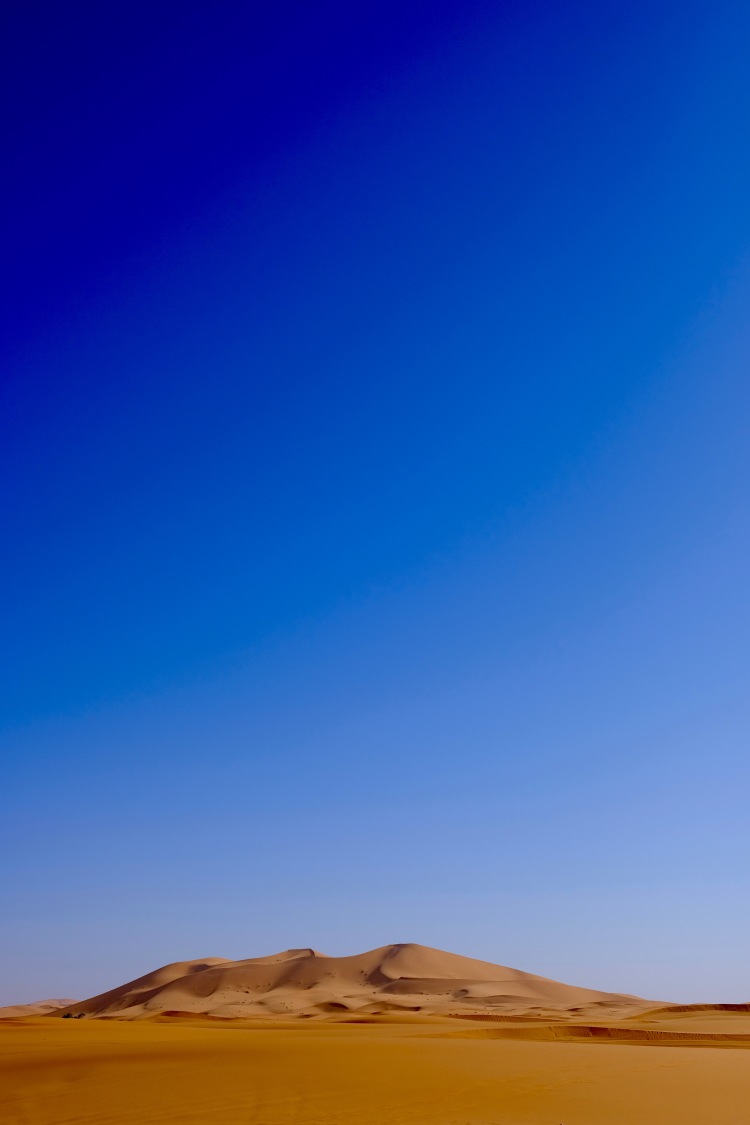 Yet even in this arid and unforgiving landscape, there is a Moroccan man searching for tourists to sell his varied wares to. 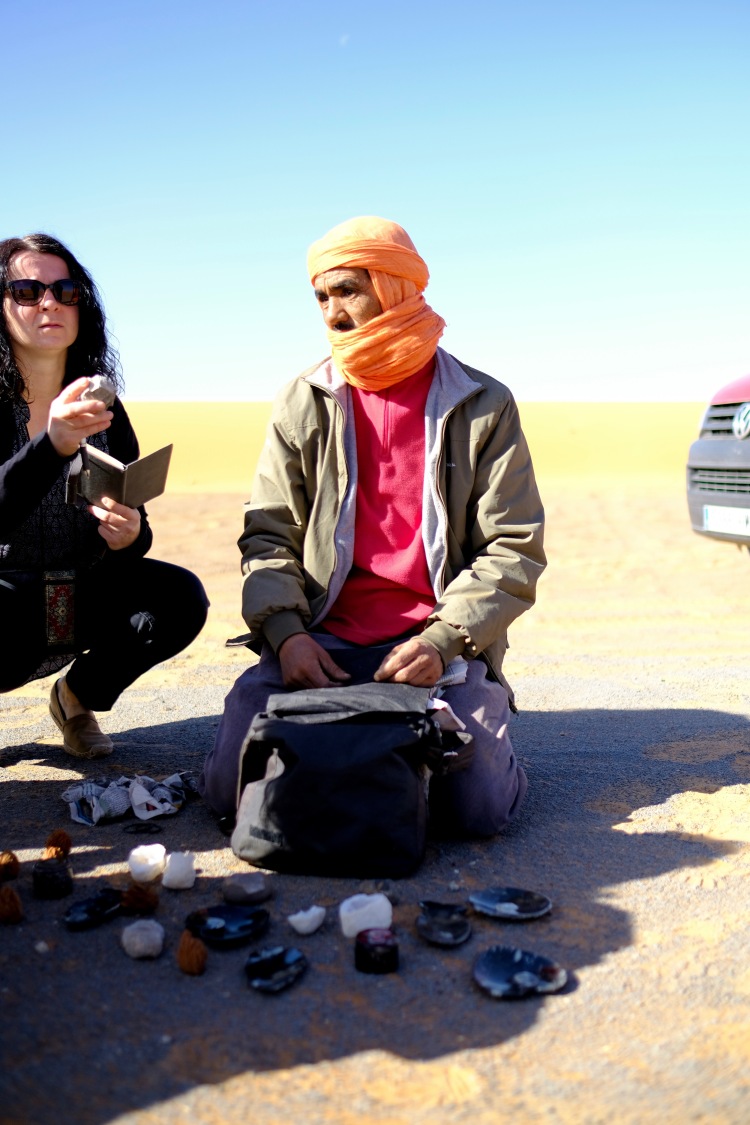 We begin the day with a stop in a mud-brick town at the end of the highway, where civilization ends and the desert begins. There is nothing other than dusty houses and locals curious by the presence of crackly Slovakians and a creamy American. 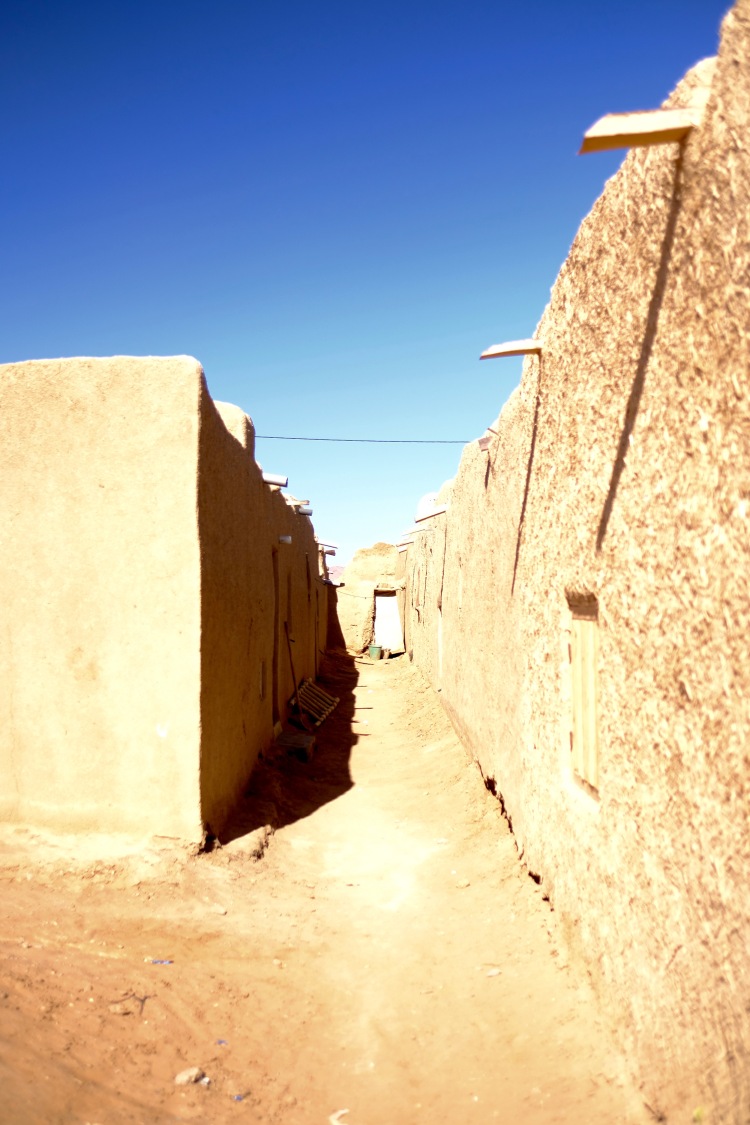 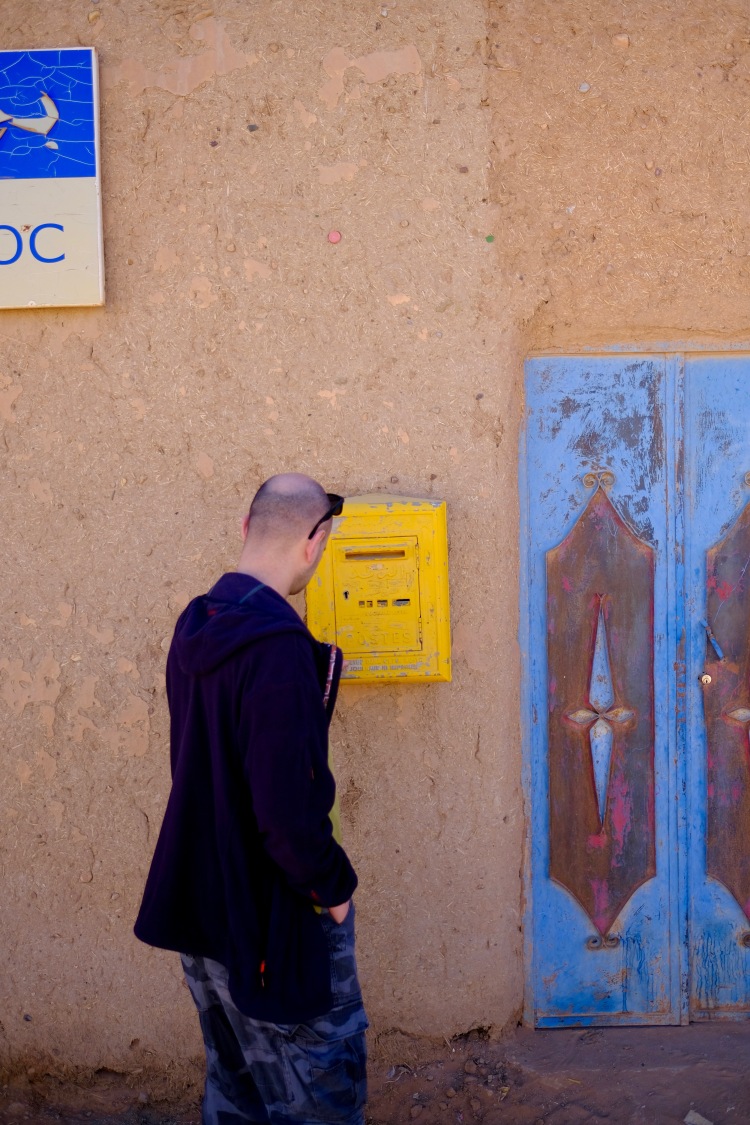 There is something about the colors of Morocco. It is as if the sun and sands have worn away all the bright hues and turned everything to a soft pallid tone. These colors would not look at home anywhere else, but here they complement the dust and sand like nothing else.

The sun is harsh, so we drive to a nearby town to visit the covered bazaar and browse the spices. Strong heady tea is handed to me by a man in a saffron turban, and we allow for the overwhelming scents of cumin, paprika, mint and everything in between to wash our senses with their flavorful aroma. Morocco is an overwhelming bash to all the senses, but wonderful just the same. 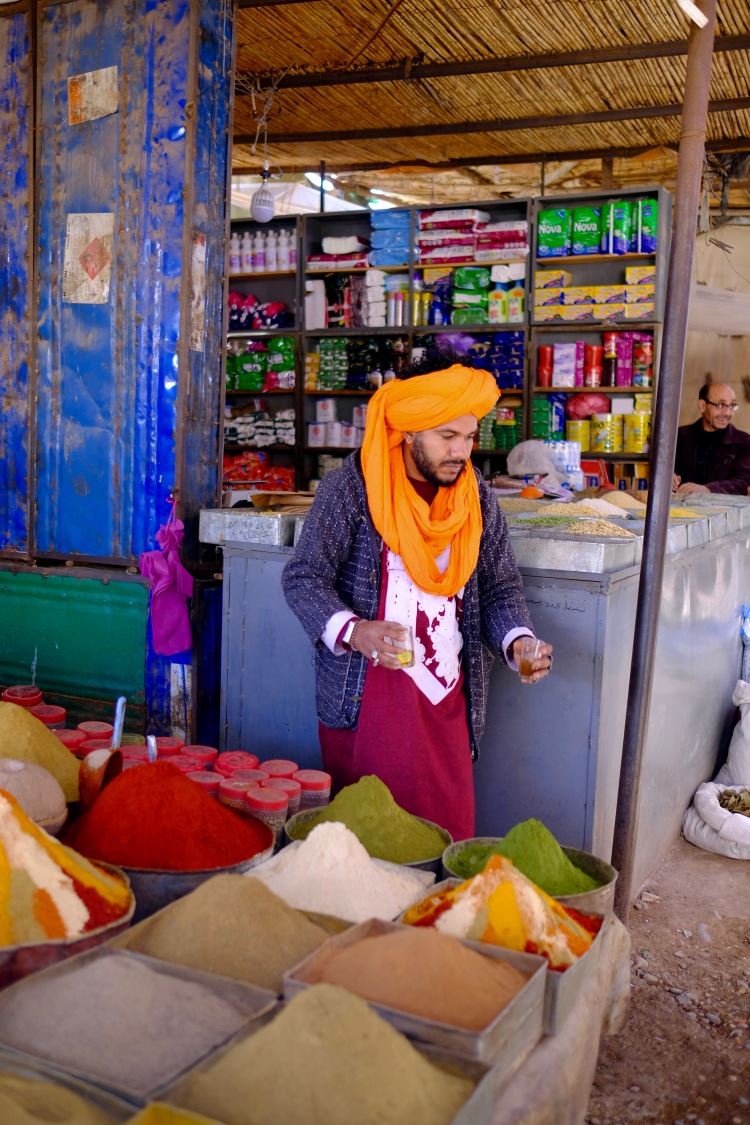 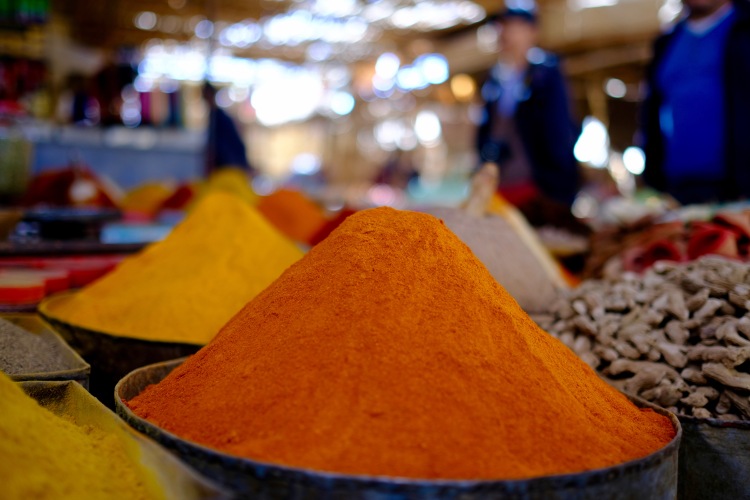 Soft light enters through the gaps in the corrugated iron roof, shading men rolled in kaftans selling their fruit and meat. People are reluctant to have their photos taken, and I reserve my urge to photograph every photogenic face out of respect. But I do accidentally capture a few shaded faces. 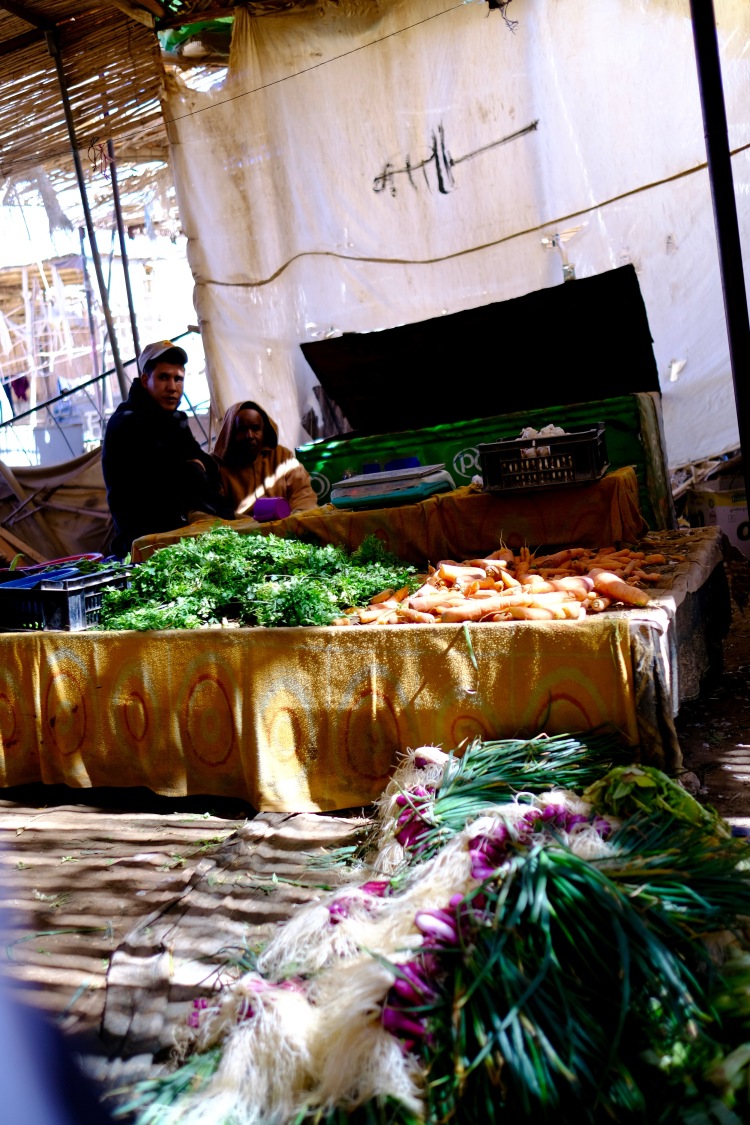 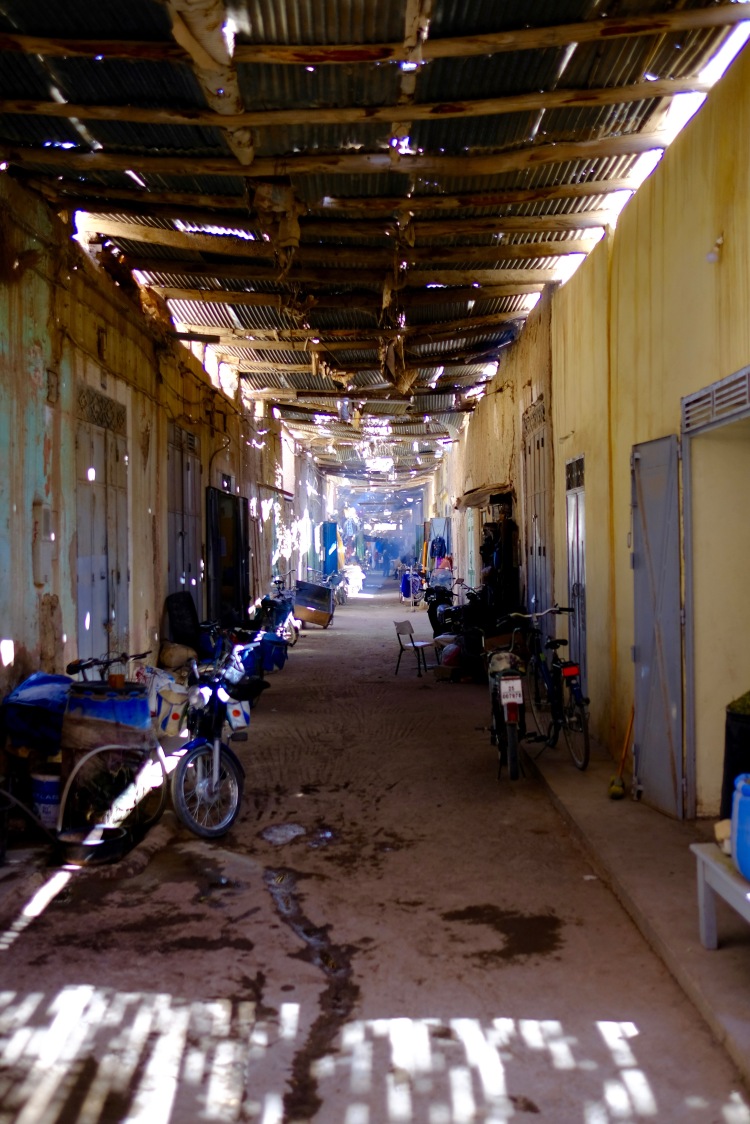 After a lunch of Berber pizza, we hop in the van and drive to a remote Oasis, where foreigners are usually not allowed. Our guide, Juanlu, knows the locals, and feels confident that we can drive around the streets of the towns in the Oasis without fear.

Juanlu has purchased some candy to give to children here and there, which always ends up with quite a tough situation of having to say “no”. I am always confronted with this whenever visiting an impoverished nation, and I am sure many volunteers are as well. How much aid is actually useful, and at what point do you have to say “No”? Candy is certainly not a good thing to give to children, and often the children or some of the adults take as many as they can fit into their pockets. So, what is fair, and where do you draw the line?

The sun has weakened in the Afternoon light, so we head to the border of Erg Chebbi to begin our journey into the desert. I feel as though I am coming down with the flu, to which Katka gives me a cocktail of pharmaceutical goodies to stave away the sickness for now. I am always skeptical of pills, but I feel that a mother of three boys under the age of ten can keep me healthy for now. I’m a little bit loopy, but we strap on our backpacks and head into the sands with some cranky camels and our two Berber guides. 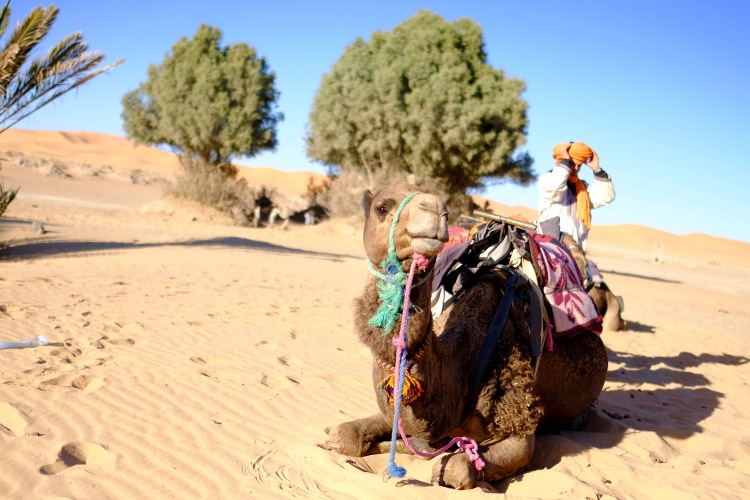 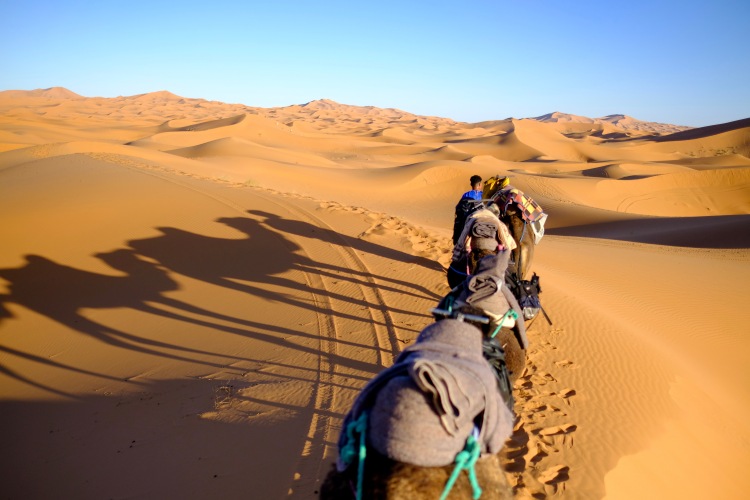 One of them, Hamidi “shy”, a boy of maybe eighteen, has a bandage from a scorpion sting he received the day prior. He is sweating profusely as he runs barefoot up and down the dunes, and his saffron-turbaned companion not much older than himself berates him for his sluggishness. Tough job, Hamidi. 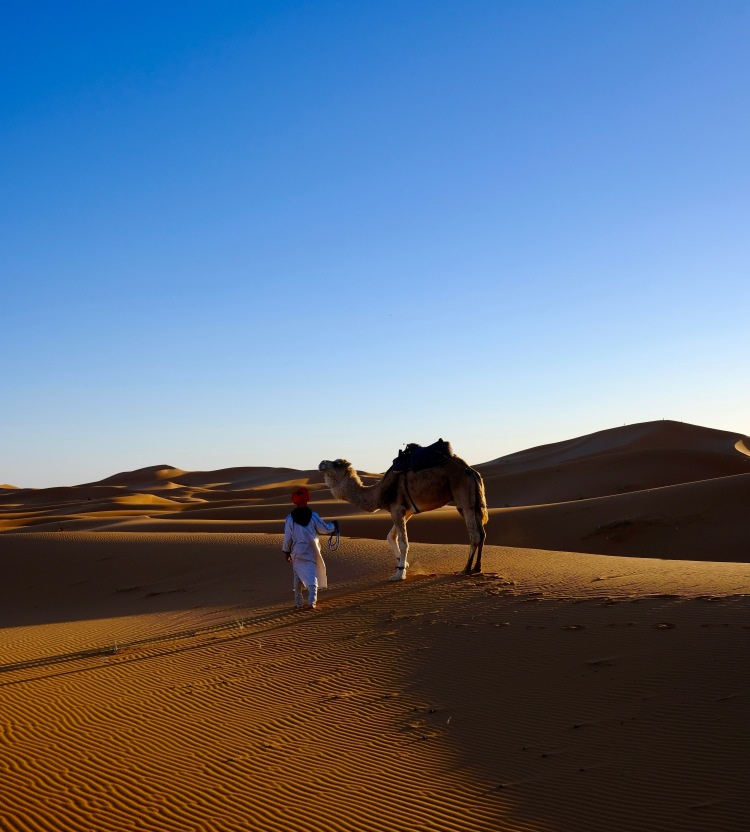 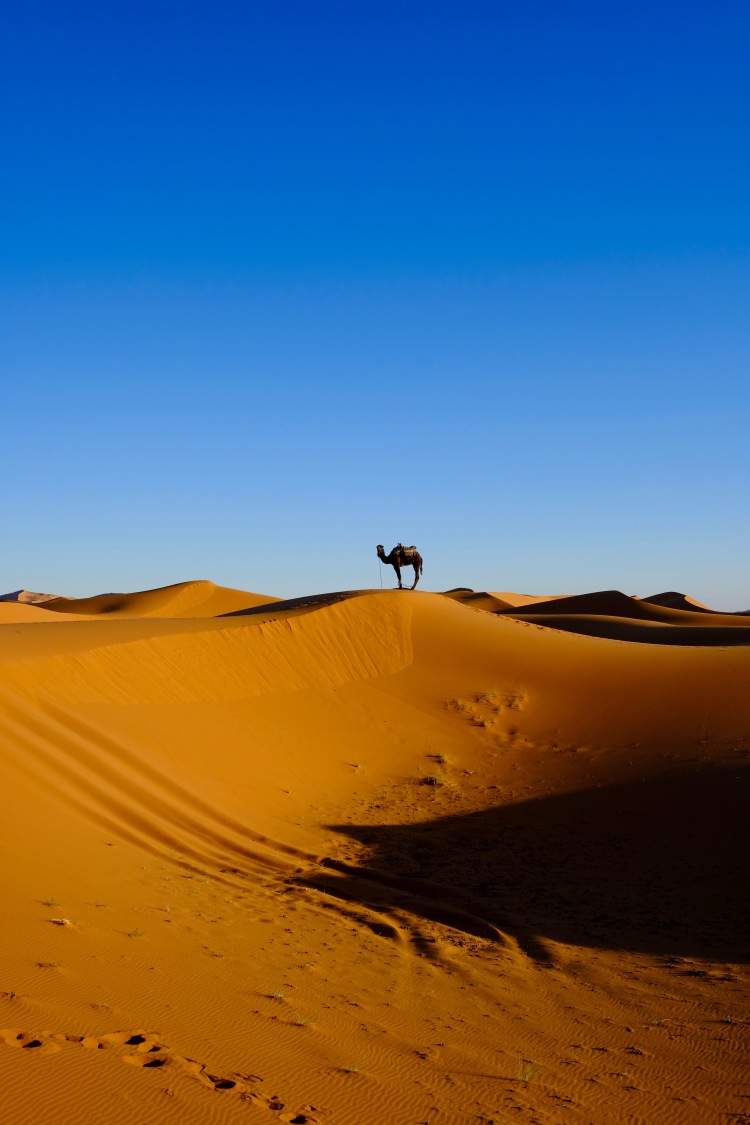 Other than the occasional daredevil ATV, the desert is completely silent. It feels as if being in a vacuum. No life other than our own, no sounds other than the air passing through your own nostrils. It is overwhelming in its deafening silence.

We park the camels in a little valley and head to a high dune to catch the sun fall below the dunes. 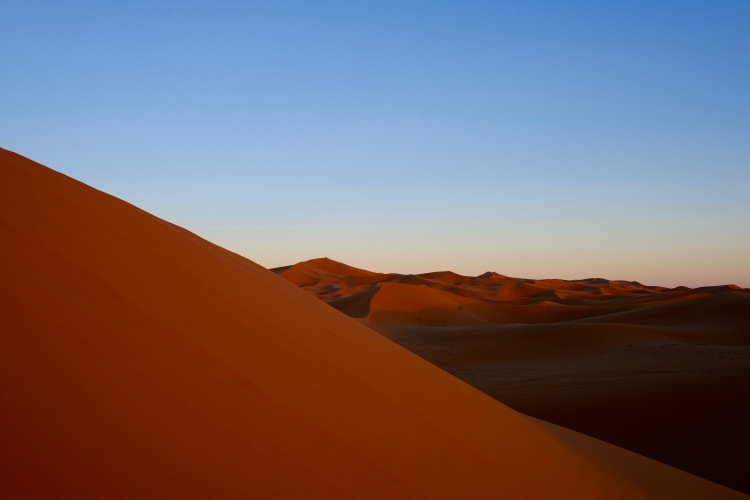 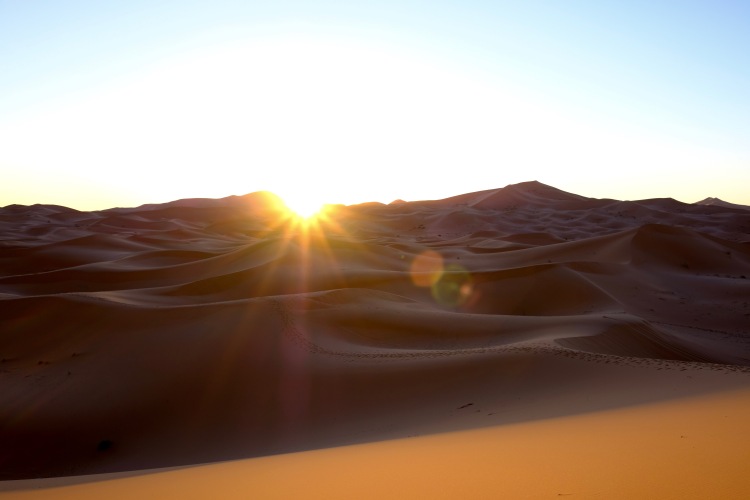 Our guides have a little tent settlement in the valley between two great dunes. They are both young, about twenty, and began taking tourists out into the desert as soon as adventurous Korean tourists started coming to Erg Chebbi. Apparently, it was featured in a Korean travel show, and now the tourist destinations of the Moroccan desert are filled with Koreans.

As soon as the sun goes down, the temperature drops dramatically. We huddle into the tent for dinner and some drinks, and then to the campfire where our hosts play drums and sing under the stars. 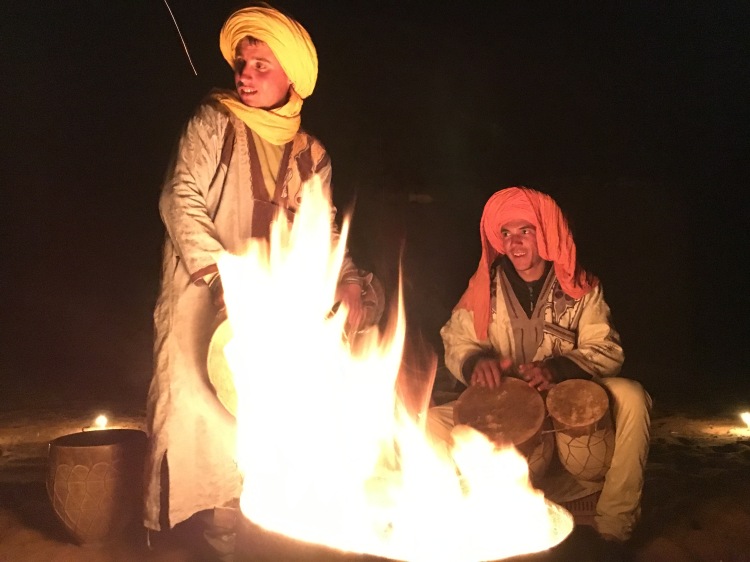 For two twenty-year-olds, this endeavor is quite impressive. They are running a business, cooking amazing meals, playing drums and singing, and speaking in several languages. Moroccans are extreme polyglots. A girl of about nine approached me on the street in Meknes speaking to me in English, then lighting up when I responded to her in French. Many adults can also speak Spanish. On top of that, they already speak Arabic and many can also speak Berber.

It is quite impressive, but Juanlu says that Africans live with their hearts, while Westerners live with their minds. After shaking hands with a Moroccan, they will instantly touch their right hand to their heart and give you a warm look. In this sense, Moroccans are learning languages with their hearts, and are able to learn many languages because they are simply connecting with them on an emotional level rather than breaking them into logical and abstract pieces like we do in the West. 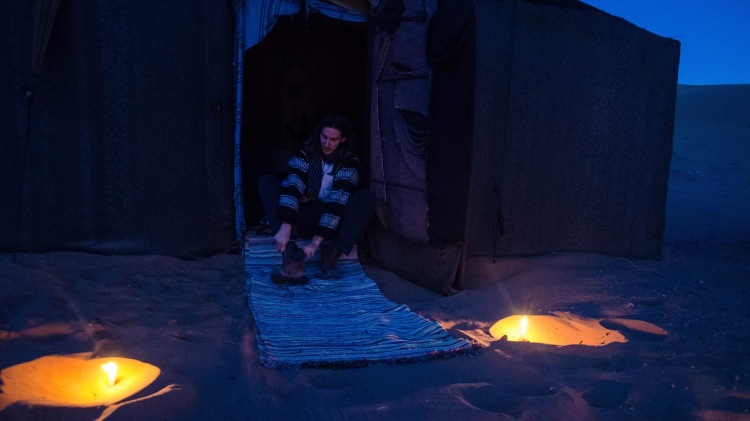 We wake early to catch the sunrise and hike up the dunes to get the best view. The mix of Katka’s medication cocktail with hypnotic Berber rhythms have cured me, and I feel ready to take on another day of the desert. We head out of Erg Chebbi, saying goodbye to our hosts and hardworking camels who carried our backpacks through the desert. According to Juanlu, today will be the best day, but Uncle Roman isn’t convinced. 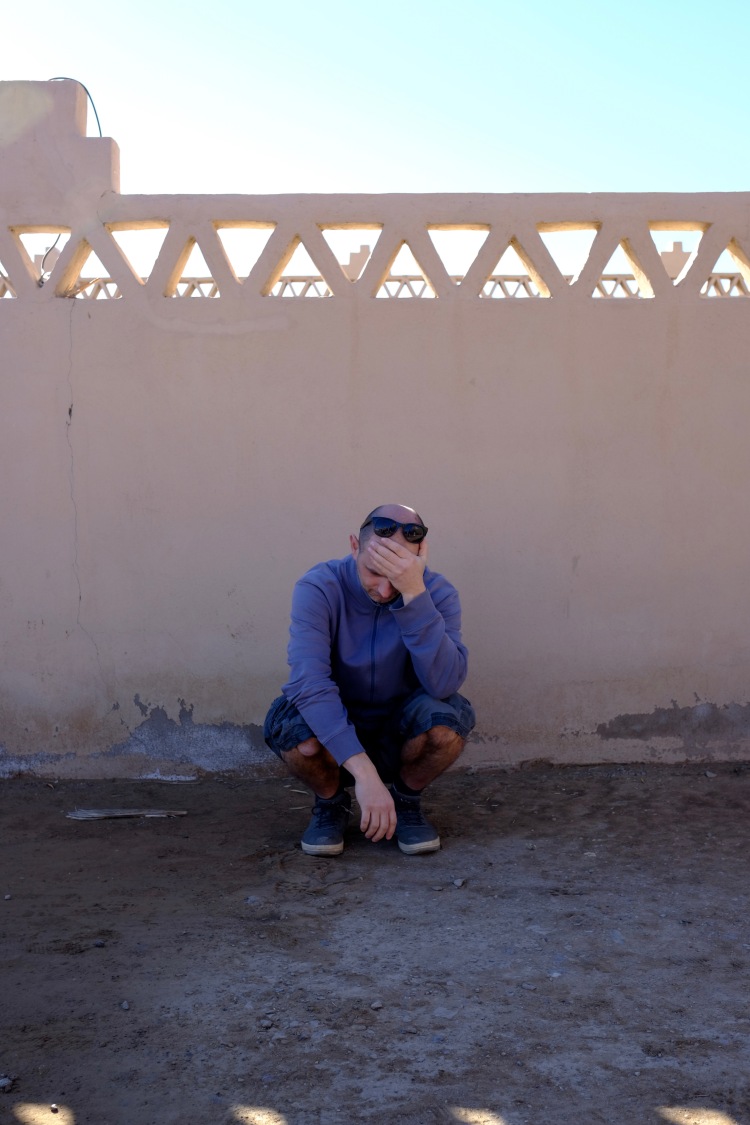 He doesn’t get out much, and he does not care at all about all of our photo taking hype. But I have never met a man that can make seven people laugh hysterically every time he opens his mouth. I only wish I could understand what he was saying.

Today we hop into some 4×4’s with Juanlu’s friend and local hotel owner at the helm, and into the desert we ride rolling with the dunes. 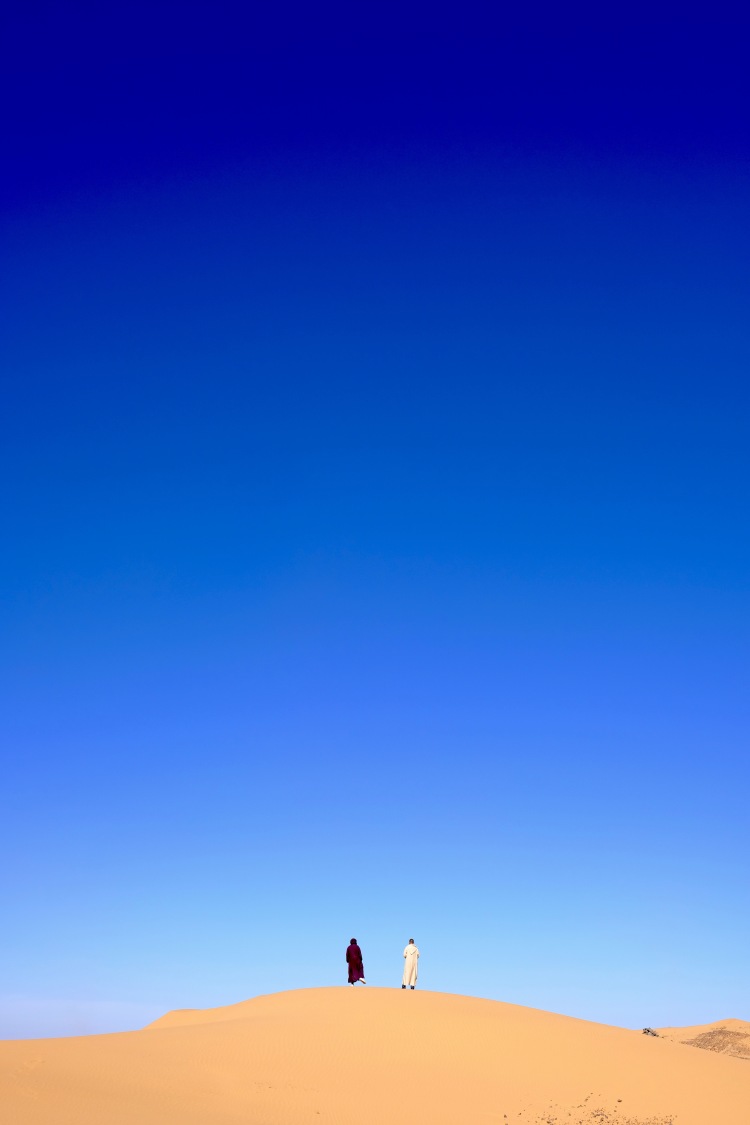 But we aren’t alone, in the distance we see dozens of tiny headlights scampering through the dust. We are greeted by tiny Renault rally cars filled with young French hipsters, participating in the 4L rally competition in the Sahara. 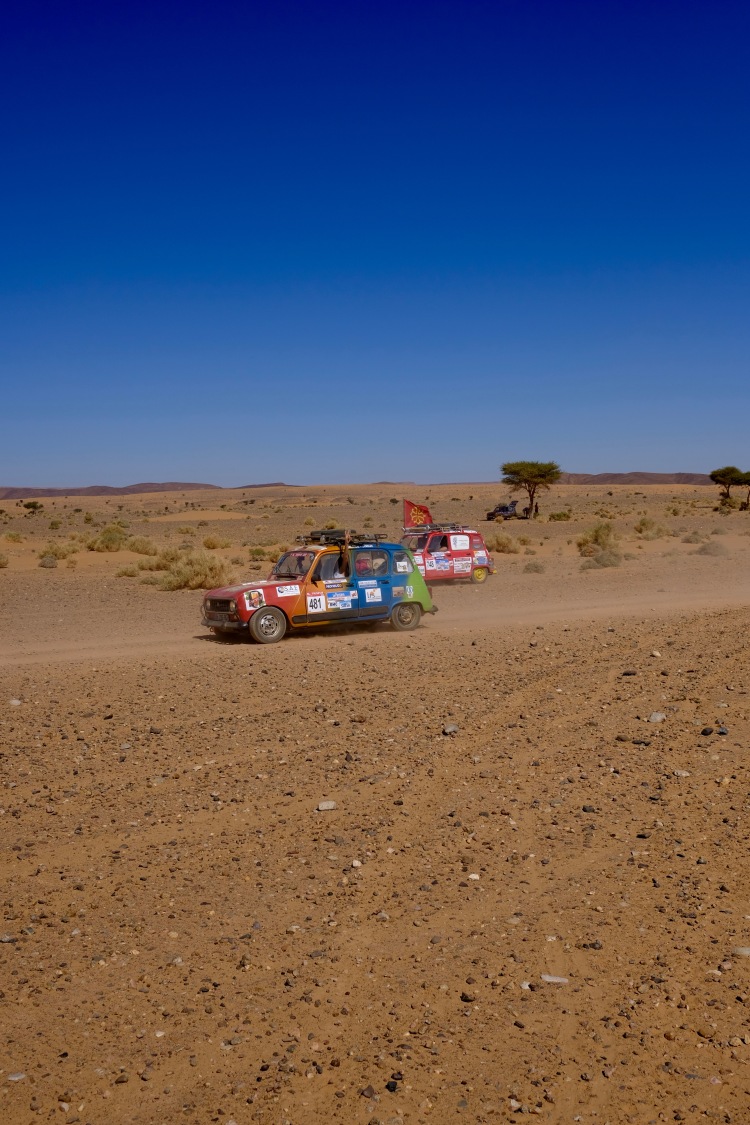 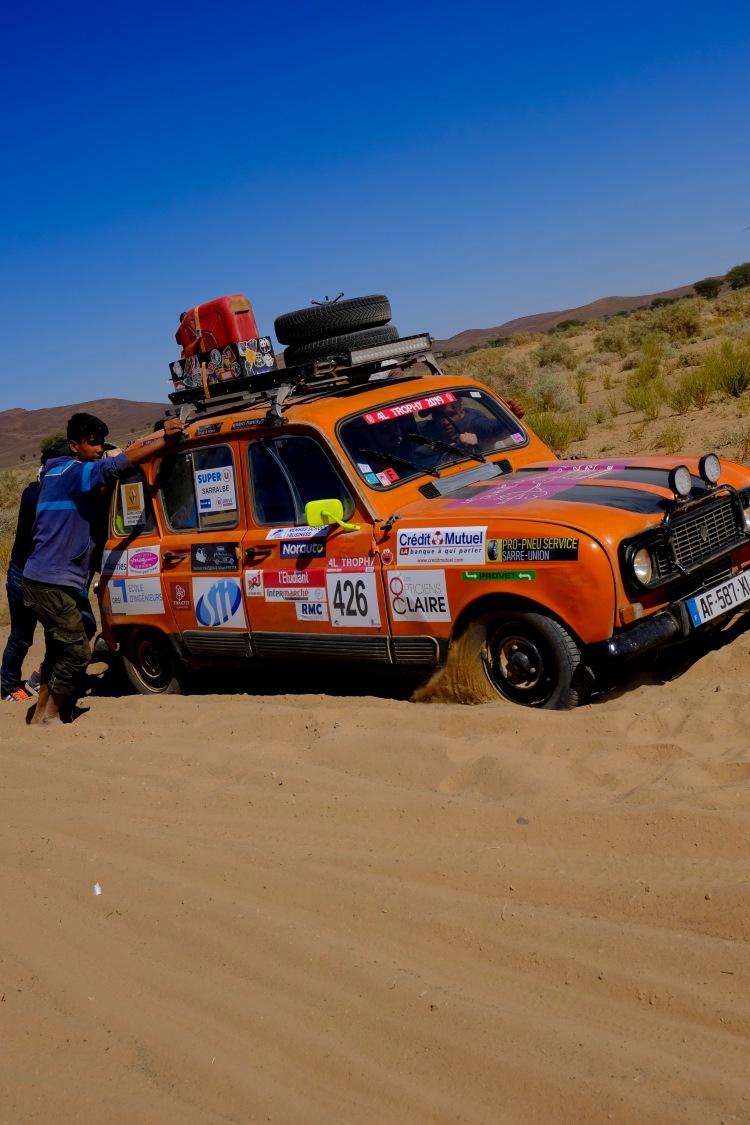 We speed past the little clown cars and head deeper into the desert, stopping in a little town to purchase some candies for kids and support a local desert shop. 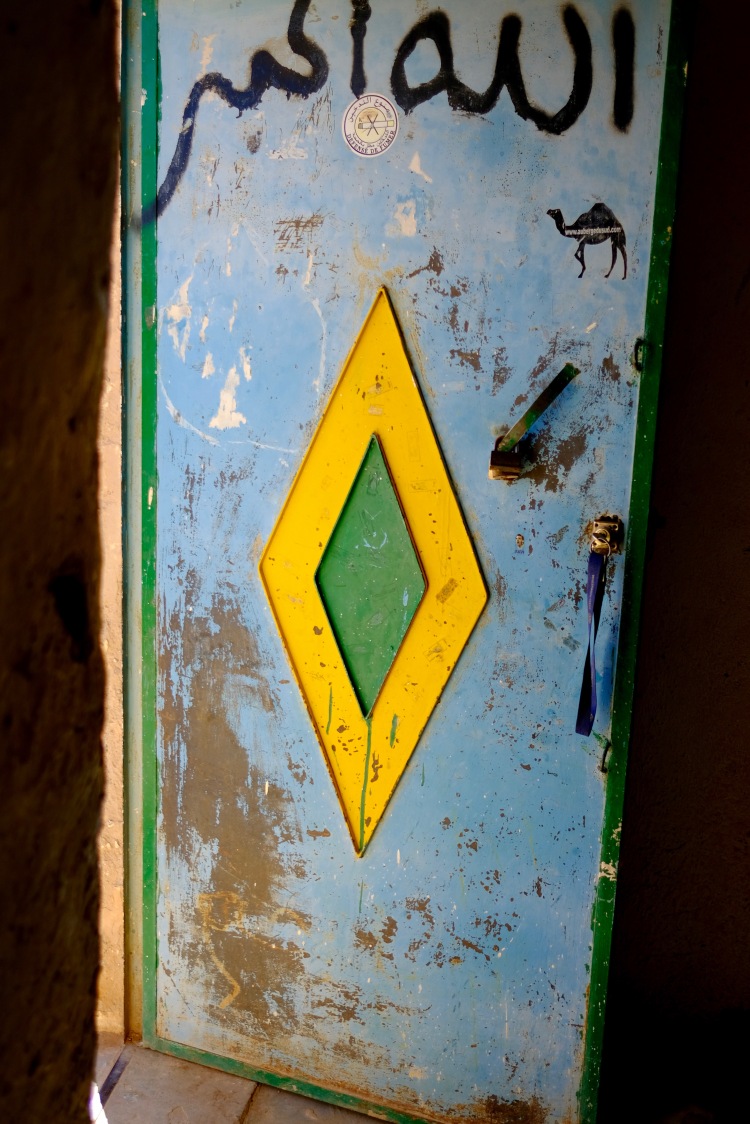 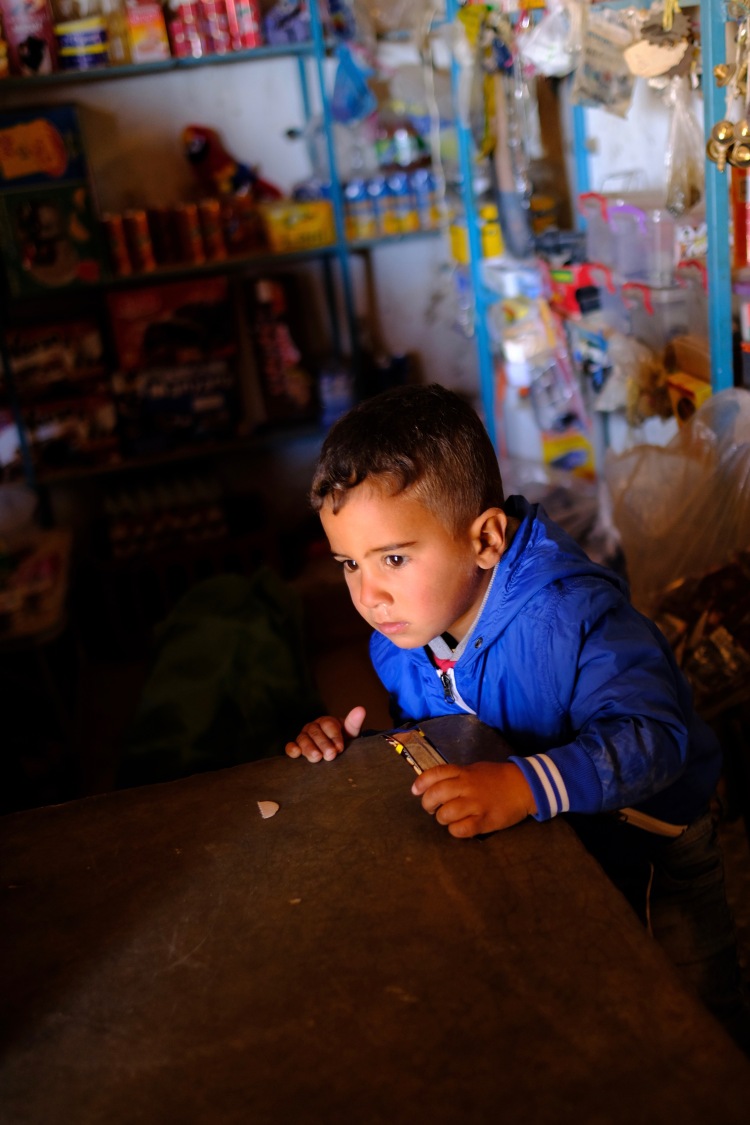 Juanlu has been up and down this desert countless times, and thus his path is nonsensical and winding. All of a sudden he stops and takes us out into a valley filled with dark, glossy rocks. Upon closer look, this valley is a giant cemetery of ancient crustaceans who lived here millions of years ago. 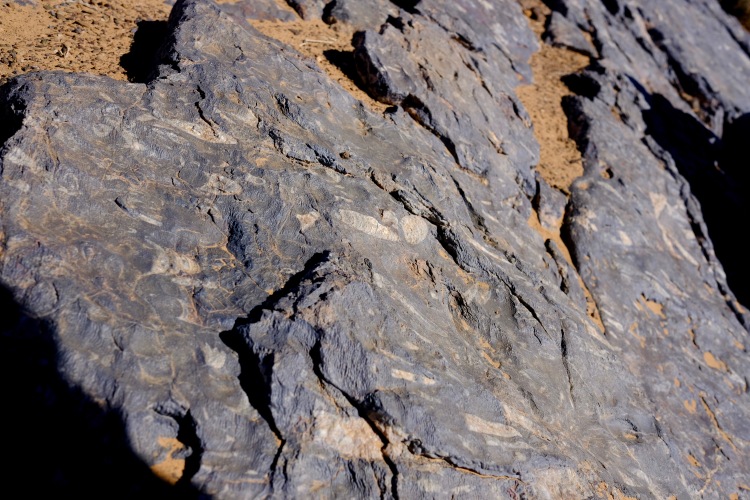 Juanlu tells us that when he first discovered this site, he cried for fifteen minutes with the deep realization that “We are nothing.”

True, we are nothing. But at least we can have a kickass time riding in a pickup truck through the dunes of Morocco while we wait for Pachamama to turn us to stone.

After this somber stop, we hurled on further through the rolling dunes and dust, stopping at a makeshift tent and collection of huts. 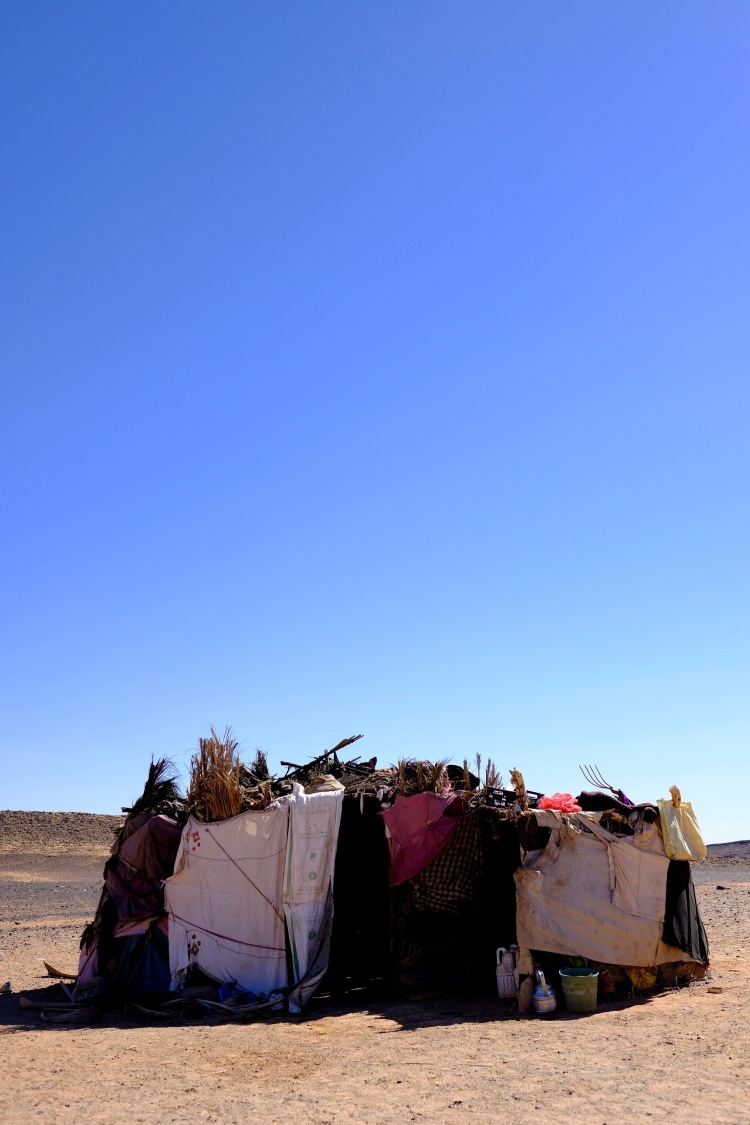 A hunched over robed woman emerges from the tent, welcoming us. She is a Berber nomad, living with her daughters out in the desert. Her husband has three wives and only visits every now and then to check up on the goats and sheep. We sit in the tent together and are offered strong tea with peanuts, mashed dates, and pungent homemade goat kefir served in a dusty plastic cup. In this part of the desert, dates and goat milk are all you need to survive.

They live with the necessities, knowing that they will soon move on. The loom sits in the main tent, a large structure made of waterproof camel and sheep wool, which is also the dining room and bedroom. As soon as the sheep have grazed everything around, they will pick up and move elsewhere. It is amazing to see this way of life in a world where everything seems so sterile and controlled. They have neither of those things, only certain in the fact that they have their family and their well-fed livestock. Everything else will come after that. 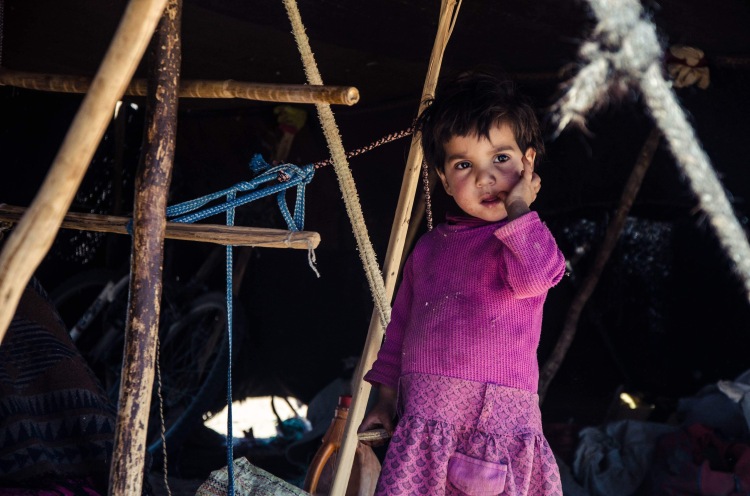 We stop for lunch, roll out a carpet and start a fire for a Berber barbecue of roasted chicken and fresh salad. 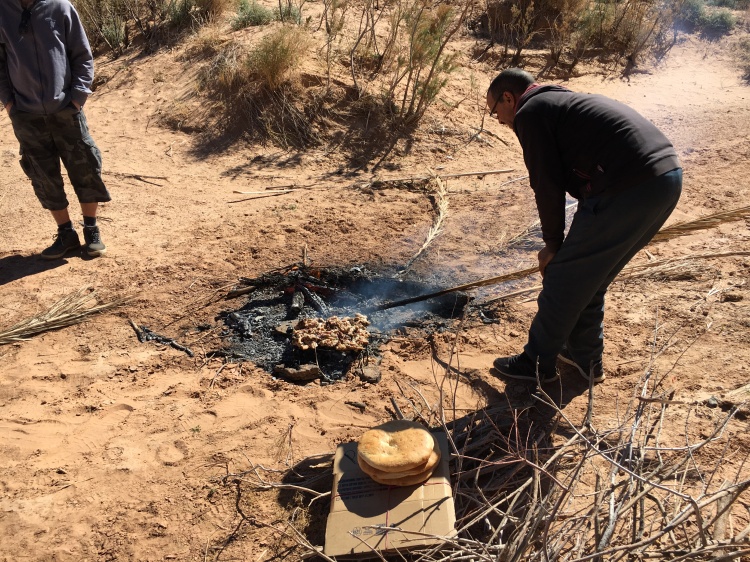 We speed on, through valleys and oases and long dried river beds with the fossilized carcasses of ancient turtles. We pass fields of magic magma stones, and more martian landscapes before retiring for one last night by the desert.

I’ve spent time in the deserts of the American South West before, but the Sahara is a different sandy beast altogether. The silence is the most striking feature. After that, the fact that humans have consciously made the decision to live in a land of relative desolation and isolation for thousands of years baffles my mind. I was told that Berber nomads would occasionally be shocked to realize that there was anyone else other than themselves alive in the world because they so rarely came in contact with other humans. But now that I have visited and seen the colors, experienced the warmth of its people, and sang under the stars of the Sahara…I understand. The Sahara lives with its heart, which is something a lot of us have forgotten how to do in the West. This is what keeps people here, and what will keep me wanting to return.

Next: we leave the desert and begin the winding journey back to Spain. 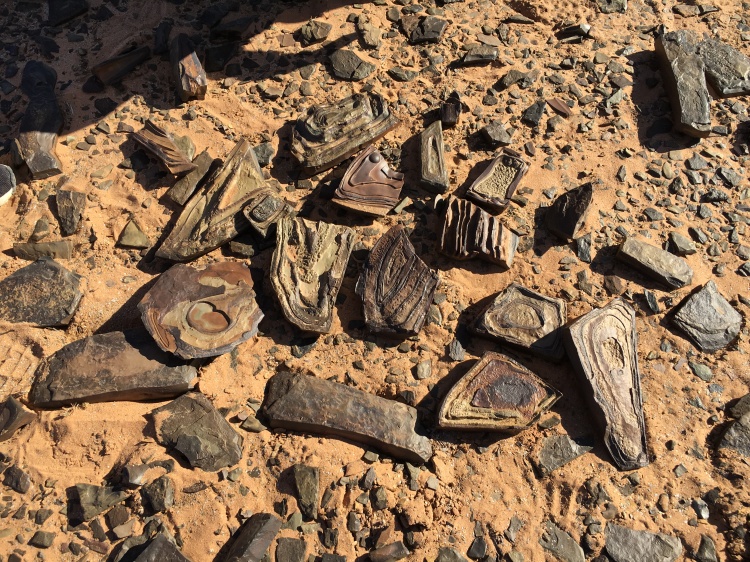 I apologize for another long post, but as you can see, we fit a lot into not a lot of time. Thank you so much for reading and staying with me, and for liking, commenting, and subscribing! More Morocco is soon to come.

One thought on “Into the Desert”